I find it hard to believe now that there was once a time when my younger sister and I didn’t get along. Her arrival, four years after mine, disrupted my secure little universe. She was the usurper to my throne. Besides, she had the (I thought) disgusting habit of sucking her toes. And as she grew older, her tendency to follow me around and to throw tantrums when she didn’t get what she wanted did nothing to endear herself to me. Forced to share a room with me, one day she had the brilliant idea of laying her jump rope in a straight line down the center of the floor, separating her territory and her belongings from mine.

But eventually she grew up. I guess we both did. Which brings me to the present time and place, where I’m capping off a great vacation with a week in Cincinnati with my sister and her family. We’ve been laughing, talking, cooking, shopping, eating, and generally spending quality time like we haven’t done in a long while.

One of the best things about our relationship as adults is that now, she shares her toys with me. Yesterday, we used her ice cream maker to test drive this recipe from Jeni’s Splendid Ice Creams at Home. I’ve never made ice cream before, so I was glad to learn from my sister the pro. The ice cream turned out smooth, silky, with rich chunks of cake and meringue and just a hint of coconut. I’m putting “ice cream maker” on my Christmas list. I know whenever I make some, I will remember the afternoon we spent in my sister’s kitchen, whipping up something magical. And I’ll remember my dad, who loved ice cream, and who was convinced that one day my sister and I would be the best of friends. As usual, he was right. 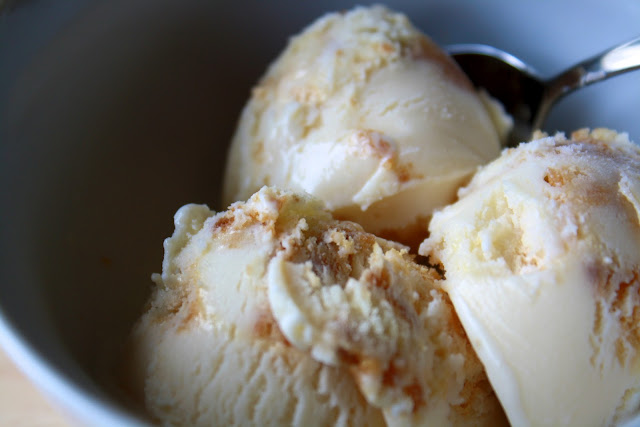 24 hours before you want to make the ice cream, chill your ice cream maker’s canister in the freezer.

In a small saucepan, bring to a boil:

Stir to mix well. Remove from the heat and drizzle over:

Toss until evenly coated, then refrigerate.

In a small bowl, crumble:

In a small bowl, mix:

In a 4-quart saucepan, combine:

Bring to a rolling boil and cook for exactly 4 minutes. Remove from the heat and gradually whisk in the cornstarch slurry.

Bring the mixture back to a boil and cook, stirring with a whisk or heatproof spatula, until slightly thickened, about 1 minute. Remove from the heat and add: 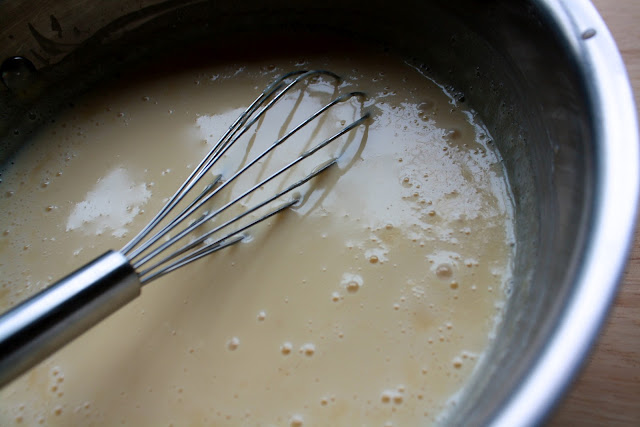 Fill a large bowl with cold water and lots of ice.

Pour the cooled mixture into a large freezer bag, seal it up, and submerge in the ice bath. Let stand until cold, about 30 minutes. Add more ice as needed.

Pour the ice cream mixture into the chilled canister and spin until thick and creamy. With my sister’s machine it took about 20 minutes. 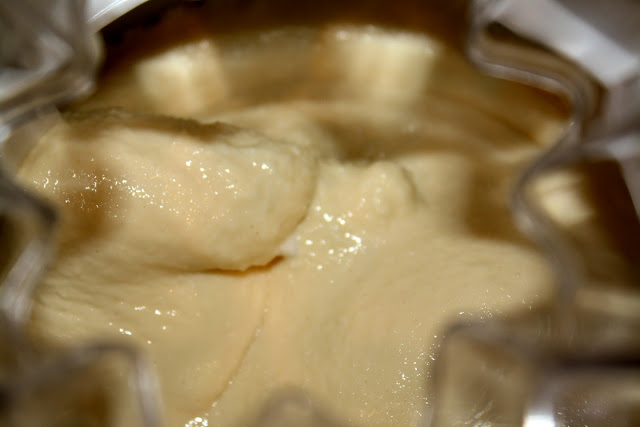 Pack the ice cream into an airtight container, in between layers of cubed coconut cake and meringue. Freeze until firm, at least 4 hours. 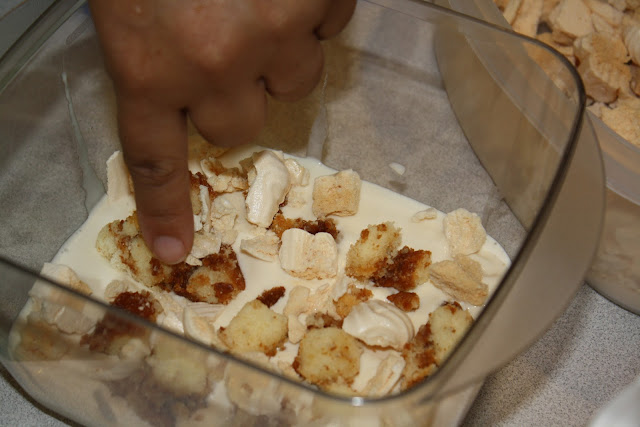 ...when we talk cooking and eating, we are talking love, since the entire history of how a family loves—where and how they learned to love—can be told in most kitchens.